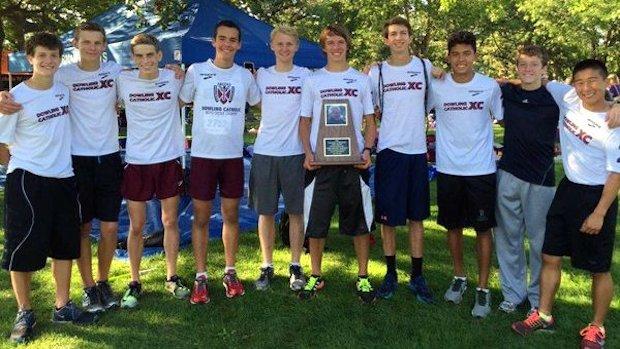 The Dowling Catholic boys' cross country team, the 2015 Iowa State Champion, has been a strong force in the state for quite some time. This year, they have consistently won races against other Iowan teams, and teams from all over the Midwest, proving that they are a strong contender for another state title this year. The Maroons coach, Tim Ives, gave us some insight on how they've become the dominant force that we have witnessed all season. Check out the interview below. 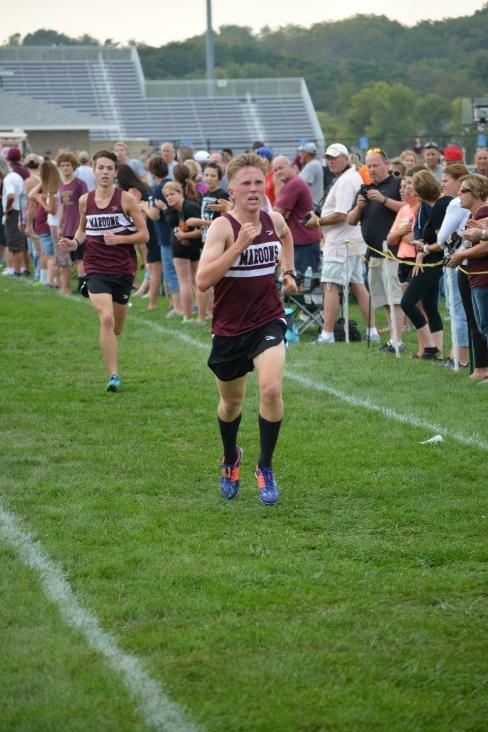 After last year's State Championship, the Dowling boys XC team has consistently been ranked #1 on the Heartland Soles and IATC rankings. Has that added any pressure this year for you and the team?

No, I wouldn't say our #1 ranking has added any pressure for us this season. Instead, it reminds us of the importance of finishing the season well. While humbled that our team is being recognized with the top spot in the polls, we have also learned to hold these rankings loosely until the top team is rightfully crowned at the state meet.

What were your initial goals for the team going into this year's XC season?

We aimed for a podium finish entering this season and to position ourselves for a repeat state championship. We put in a lot of effort at developing our runners throughout the season, but it's not until we see other teams compete that our goals really take shape.

What did your summer training look like for the Maroons?

As with most teams, our boys started training in late May/early June. Our runners excel on running daily and completing speed workouts 2x week from quite early in the summer. We like logging miles, but we're also quite temperate with our mileage in the summer. I can probably count on one hand how many of our runners logged 400+ miles this summer.

How has that summer training helped shape the team we are seeing win against not only other Iowan teams, but teams from all over the Heartland?

We believe we've found a way to consistently develop competitive runners every season. I've matured as a coach in the 10 years I've been at Dowling, but maybe the biggest way I've matured is in the way I approach training consistency. Highly motivated and talented runners are always going to put in the work, but they really are a rare breed. The whole team benefits when you can convince the less talented and mildly motivated to put in work on a daily basis. This is the group that makes the biggest difference in the end.

Who have been some key players, or guys that have really stepped up on this year's team?

We hoped for sophomore Kevin Conner to become a regular scoring member on this year's team, and he has not disappointed. Thomas Bussey is a junior that has also stepped into that all-important scoring role on a regular basis. We have a freshmen trio of Sam Hall, Will Ode, and Zach Fry that are also impressing us.

IA MileSplit also has your JV team ranked as the best in the state (http://ia.milesplit.com/articles/190801). How do you think a strong JV can help lead your team to more success in years to come?A strong JV is critical to our team's success. Honestly, we don't make varsity/JV distinctions until we're forced to do so at meets. Every day at practice we're just one team laboring for the satisfaction of a quality workout or enjoying the company of friends. I had a few of our runners comment to me this summer that they didn't feel like they were making any progress, but I had to remind them that everyone else is also making progress right alongside of them. This leads to the perception that no one's making progress, when in reality it means the entire team is making progress. And if every runners makes just a little progress over the course of a season then our entire team benefits.

https://twitter.com/Heartland_Soles/status/772089258236444673
At the Urbandale Invitational a few weeks back, there was a photo of two Dowling athletes holding hands into the finish line, tweeted by Heartland Soles.

What is the story behind that? That's a great picture. Those two are brothers, Michael and Will Ode. Michael is a senior and Will is a freshman. I think the hand holding just arose spontaneously.

As we approach the championship season, what are your goals for the team? We definitely have our sights set on a repeat state championship.

How about some of the top individuals, like Matt Frazier, Matthew Carmody, and Jack Fink?These three have been superb leaders on and off the course. If each of them finishes in the top 15 at state I think we will be leaving Fort Dodge feeling pretty good about things.

To see results from Dowling Catholic this season and other information about the Maroons, check out http://ia.milesplit.com/teams/DCHS. The Maroons will take the course next in Southeast Polk on Thursday, September 29th at 4:30pm.