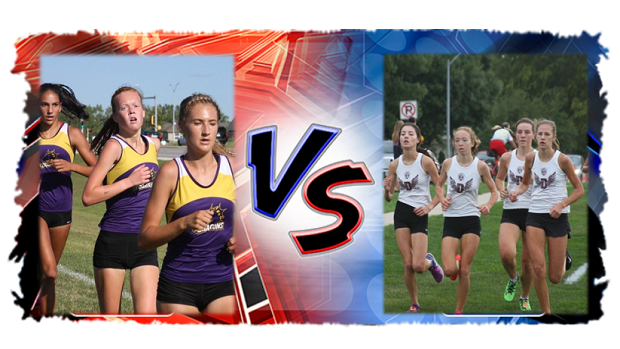 The Johnston (Iowa) girls cross country team made headlines last year after fielding a team of mostly underclassmen to win the state title with a record-low score of just 26 points.

Many expected the Dragons, who came in ranked No. 13 in MileSplit's preseason Flo50 girls poll, to come back this fall after losing only one of their top seven and be even stronger, but after a spring and summer of injuries the Johnston team is not looking quite as strong as expected.

Though they had some solid performances at the Spartan Invitational, including freshman Bella Heikes closing hard close behind No. 5 runner and senior Lauren Urban, the team still appears to be only a fraction of what it came to be last year.

And other teams have stepped up as a result.

One that has risen to the occasion is Dowling Catholic. After finishing sixth at state last year with 199 points, the team has made some huge fitness jumps under new head coach Loren Stortz. Kate Timboe and Elzerie Vandyke both came out this weekend and were just seconds off of their PRs from last year.

When we look at the two teams matched up with current season PRs, it appears that Johnston would take the win, though Dowling has a strong pack of five with a split of just 45 seconds in between, versus Johnston's 1:27 split.

Compared to last year's season bests for all of the athletes, it appears that Johnston has lost some strong athletes while Dowling has certainly gained traction. If Johnston can rally up Josie Hovey and Paige Horner again this season, that could certainly make for a very different match up, but as it stands the Maroons appear to be closing in on the Dragons.

Here is how the two teams matched up last year based on season bests:

This season has certainly started out in a very different place than where they ended last year, and it is anyone's guess what will happen in the next seven and a half weeks, but one thing is for sure: the Johnston team has a lot of ground to cover if they want to defend their state title as comfortably as they earned it last year.

Check out this weeks' full team rankings to see how these two teams stack up against others across the state of Iowa!