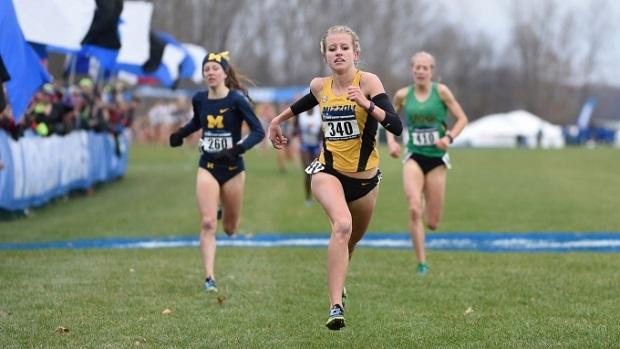 What a year and a half it has been for Karissa Schweizer. Many wondered after her win at the 2016 NCAA Cross Country Championships whether she would continue her climb to the top, or if it was an exciting, but rare occurrence. She proved any naysayers wrong when she did the deathly double at the 2017 NCAA Indoor Track & Field Championships, where she won the 5000 meter race and came second in the 3000 meter race. She then came back during the outdoor season to be the victor of the 5000 meter race in Eugene.

Schweizer's rise to success was slow and steady, with notable improvements each year as a member of the University of Missouri Tigers, after a great high school career at Dowling Catholic. This year, she has come back to make her mark once again with a huge improvement. After a tough loss at the 2017 NCAA Cross Country Championships, Schweizer held her head high and came back with a bang for the indoor season. This past weekend she competed at the 111th NYRR Millrose Games at the Armory in New York City. Competing against countless professional athletes, Schweizer solidified her spot in the elite running world with a 4th place finish and a NCAA record-breaking time of 8:41.60, just half a second behind the winner. She was lead by Olympians Aisha Praught-Leer of Jamaica and USA's Emma Coburn (8:41.16)-- who was also a World Champion last year-- and Dominique Scott of South Africa (8:41.18). Schweizer's 3000 meter PR prior to this weekend was 9:06.60, which she ran almost exactly a year ago at the Iowa State Classic.

Schweizer will most certainly be the favorite to win the NCAA Indoor 3000 next month, and can hope to defend her title in the 5000 as well if she decides to do the double once again. Beyond that, one can only guess where Schweizer will decide to take her running career, but we do know she is seeking out agents and will be on the minds of many great coaches in the US. Along with athletes like Shelby Houlihan and Jenny Simpson (Barringer), Schweizer will continue to add to the impressive history of female runners in the state of Iowa.