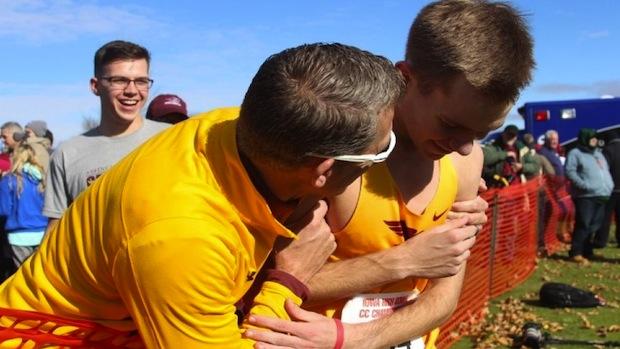 The winter months are a key component in most runners' training plans: a time for building a solid foundation for a greater peak during the outdoor track season. But for Ankeny junior Tim Sindt, the usual post-cross country recovery came with a new challenge.

After winning the Iowa Class 4A cross country championships in October, Sindt recovered and was preparing for some big spring races. But as the holidays approached, he began experiencing some abnormal symptoms that he could only equate to his heart. Although it is normal for most high school students to experience some level of stress and anxiety during the end of the semester, Sindt knew the feelings he was experiencing were certainly beyond the range of normalcy.

"I started noticing weird feelings in my chest," he said. "It felt like someone had their fingers in my heart. My heart rate would spike and I would get dizzy and light-headed and it would be hard to breathe. Also I would get headaches and my vision would go black."

But it wasn't just around high-pressure situations like finals or standardized tests; Sindt experienced these symptoms randomly.

"I could just be sitting in class or running and it would happen," he said. "Thinking back, I had similar symptoms a couple years ago that went away."

When the symptoms became more frequent, Sindt knew they were not just something drummed up in his head, but must be something in his heart. A heart condition is certainly not an ideal concern for anyone, but especially a young athlete.

"I started worrying about the impact it would have on running," he said.

In January, Sindt visited a cardiologist named Dr. Lozier, who diagnosed him with something called Wolff-Parkinson-White, a condition in which the heart has one or more extra electrical pathways, causing an abnormal heart rhythm. While sudden deaths are rare with WPW, they can happen. Dr. Lozier sent Tim in for more testing to figure out what their best course of action.

Sindt was given two options: an ablation surgery in which doctors go in and destroy the extra pathway, or a medication that slows down the heart's responses, not necessarily the best option for an endurance athlete. They decided the ablation was the best option for him and scheduled to perform it on February 15 by Dr. Law at the University of Iowa. 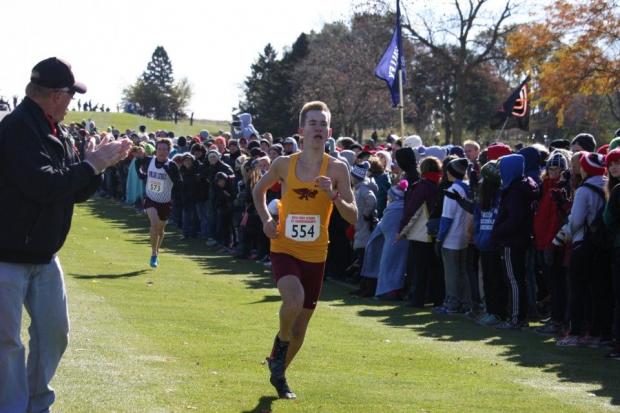 With an oncoming heart surgery, Sindt's track preparations came to a halt.

"Before surgery they said that I could keep running but I could not run alone and that there needed to be an emergency plan in case something happened," Sindt said.

Knowing you could go into cardiac arrest and would need immediate access to an AED is not the most settling feeling before going out the door for a run. It was something Sindt and his family had to consider before the surgery; it ultimately led to increased difficulty in his track preparations. In the end, Sindt had to sit out from his training for about a month around the surgery.

"They mapped my heart and inserted four catheters up to my heart through the veins in my hips (two in each hip)," he said. "Using the catheters they applied heat to the extra pathway and destroyed it."

Sindt was told that no other extra electrical pathways were found, a relief to hear, as that should mean a clear future and no more surgeries. Although the surgery itself had no complications, there was one little hiccup he had to overcome while recovering.

It was not an ideal recovery, but in the end did not lead to any further complications and his recovery since has gone smoothly.

Sindt was only required to take one full week off from physical activity after the surgery, but easing back into running was a tall task, as to be expected after a heart surgery.

"When I started running it felt really bad," he said. "I went 2-3 easy miles for a week, then slowly started implementing workouts into my routine. I'm still keeping low mileage but I'm getting some quality workouts in."

The surgery is behind him, and a bright future is ahead. As the reigning cross country champ, Sindt is looking forward to a successful track season, even if it looks a bit different than what he was expecting.

"This track season I would like to place top three in the 1600 and 3200 [at state]," he said. "In the future I would like to repeat my state cross country title and win a track title."

Ultimately, Sindt's surgery won't stop his future success in running and a healthy life, even if it results in a tougher junior track season. With his end goal of running beyond high school in a Division I program, Sindt can breathe a sigh of relief and continue running with the heart and guts it took to win his first state title, now with a stronger, healthier heartbeat behind it.