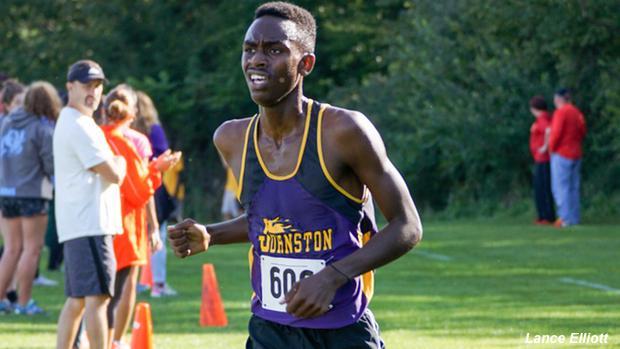 Patrick Bose was back to the track on Tuesday in Ames, Iowa.

But the Iowa State University High School Track and Field Indoor Classic was only a little nibble for the Johnston (IA) High senior, the Class 4A cross country champion this past fall.

There's a reason for that.

"Based on last year, I did a lot of indoor stuff," Bose said. "I was injured by the time it came to outdoors. So this year, just starting light."

Bose may have been referring to his outdoor season in 2016, when he failed to impart any damage at the state level. No medals. No big performances.

But that all changed this fall when the Iowa State University signee took cross country courses by storm.

Bose ran 15:37.20 in Iowa's largest classification to win his first state title. Then he PR'ed two weeks later at the NXN Heartland Region, crossing the line in 15:27.20, which was good for 14th place.

He missed on a bid to NXN Nationals by four places, but Bose went into the offseason with a new plan.

Mainly, he played it safe, instead focusing on training rather than week-after-week competition.

"It felt good to get back to racing," he said, later adding, "I just felt smooth."

Maybe it helped that Bose was at his future indoor track, too.

"After visiting Minnesota and Boise State and here, for me, it just felt like it was the best fit for academics and athletics," he said. "Plus, they have a really good team, a lot of young guys I'll be training with for the rest of my college career. That will be special."