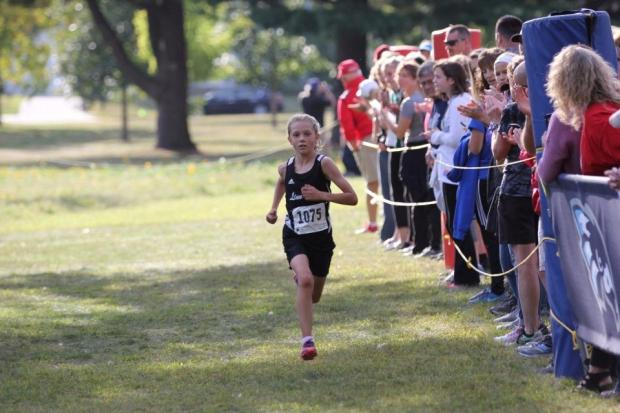 Linn-Mar freshman Micah Poellet has been turning heads after a huge breakthrough PR at the Linn-Mar Invitational on September 2nd. Prior to that race, Poellet had posted a 19:18, already putting her in the top spot for this year's freshmen and garnering attention for having a time ranking her in top 5 of the state. At their home meet on the 2nd Poellet clocked an impressive time of 18:38, easily putting her in the top 2 for female athletes in Iowa so far this season. Then just 5 days later, Poellet came right back to run another PR, clocking a blazing time of 18:31 and finishing just 13-seconds behind defending State Champ Bailey Nock at the Cedar Rapids Invitational. This past weekend at the Heartland Classic, Poellet ran her favorite strategy of going out hard in the front, holding on as close as she could to Iowa City West senior Bailey Nock to finish 2nd behind the decorated athlete. Throughout the season so far, this is a strategy she has displayed multiple times, taking second to Nock on various occasions. The Heartland Classic was the first opportunity to see Nock, Poellet, and Jessica McKee race, along with many strong out-of-state athletes. The three athletes further solidified their ranks in the state with Nock winning in 18:51, and Poellet as the second Iowa athlete in 19:15, followed by McKee in 19:24. Throughout the season, those three have continually ranked in that order, with this meet making it clear where the real battle in Fort Dodge may be. With Nock asserting herself as the favorite for the individual win again this year, it is clear that the race for second could be a good fight between Poellet and McKee. 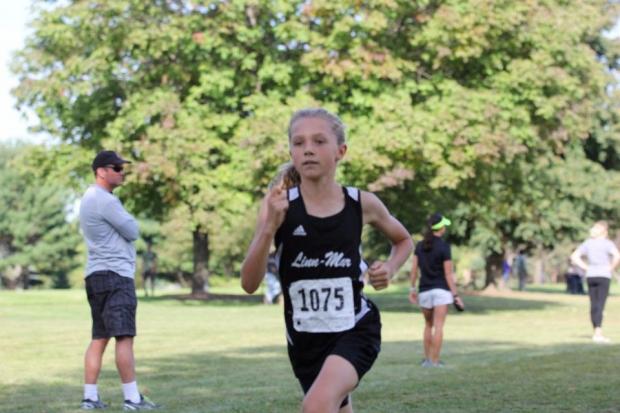 Poellet is following in the footsteps of her older siblings Shawn, Bryce, and Luke, who have each run for Linn-Mar. According to her coach, Todd Goodell, Micah spent much of the summer building her repertoire of impressive athletic feats, logging around 150 miles and a lot of cross training. "She swims and plays soccer, as well as does triathlons. She won 6 out of 8 triathlons including the Championships of the Rip Roar Youth Triathlete Series," he told us. With her athleticism and obvious love for the sport, it is clear that Poellet has the potential to achieve great success in running. "She hopes to be an individual State Champion [this season]," Goodell expressed, and with Poellet leading the charge, "our team hopes to place in the top 3 at the State Meet." But athletics isn't the only area of Poellet's life that she excels. According to Goodell, Poellet is involved in marching band and show choir along with swimming and club soccer. With so much success, it would be easy for Poellet to get caught up in the hype and excitement of her first year of cross country, but "she takes it all in stride - no pun intended. She's humble and is just out there to do the best she can and then she moves on to another activity." Her current PR of 18:31 ranks her 29th in the entire United States amongst the freshmen class, something that certainly indicates that she could be a force to be reckoned with for many years to come.

Check out interviews with Poellet from earlier this season below!