For the third race in a row, Marie topped Anna, this time at Monday's Solon Invitational. A year ago, the pair went 1-2 in every single meet over the course of the season -- outside of regionals -- with Anna finishing first and Marie second.

Marie led the race from start to finish as Anna, the defending state champion, tried to hang on with her for much of the race. Little sister never let up.

"Definitely it's bittersweet," Marie said. "She's good about it even though it's tough for her. She's having some problems." 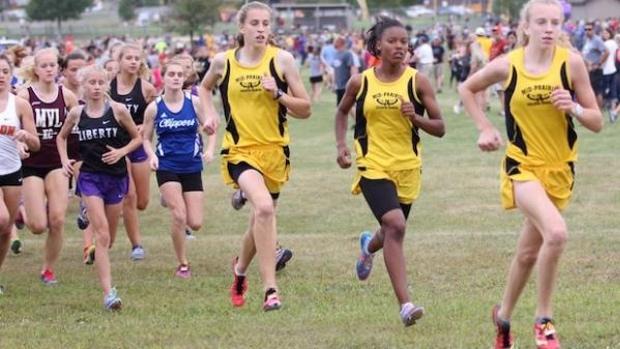 Anna wasn't making excuses. If she's was running, she expected to win.

Case new she was up against it running with the Hostetlers. She was pleased with her race.

"I remember last year I got out way too fast and they were around me and they passed me pretty fast," she said. "I tried to stay as close as I could to them so I could push my time."

Click HERE for videos and HERE photos from the race.