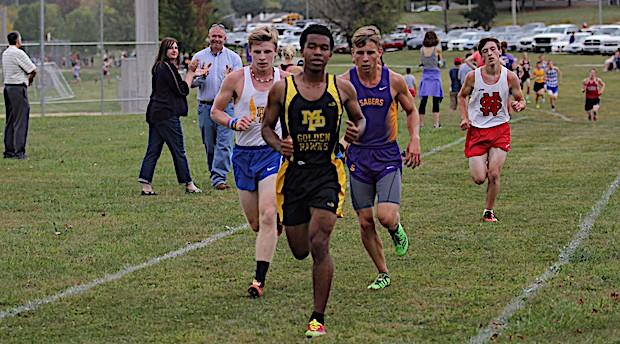 SOLON, Iowa - Will Dehaan learned his lesson. This time he was ready for rival Zach Schocker.

Dehaan of DeWitt Central completed the course at Monday's Solon Invitational in 16:17 to capture first place one spot ahead of Davenport North's Schocker (16:42). Mid-Prairie's Floyd Evans (16:52) for a good portion of the race and ended up third.

At the Clinton Invitational, the individual order of finish was reversed. Schocker won the race with Dehaan coming in second. Dehaan changed his strategy Monday.

"I went out too fast with another guy and he passed me in the second mile," Dehaan said of the earlier meeting with Schocker. "I was with him the whole race but in the end he beat me because I pushed too hard in the first mile. Today, I just stayed with him for the first mile and a half. I knew I could beat him at the end if I just stayed with him."

Schocker said he was OK with how he ran the first mile it was the second one that he would have adjusted.

For videos from the race, click HERE. Photos can be found HERE.