A glimpse at our RedTails singlets for next year! #RedTailsRising #2017 pic.twitter.com/WDiIXUNW5V

Continue below to hear more about how the program was started, the coaches' philosophies and goals, and more from Assistant Coach, Tyler Mulder.

Coach Mulder: Our Athletic Director, Dave Ball has long awaited the day to have athletics and worked hard to add soccer, cross country, track & field, on top of already having sport shooting and golf.  We just recently found out we will be adding Volleyball and Bowling in 2018.  The reason for adding athletics was to help boost enrollment, but also give the school some exciting events to attend and unify the school.

Will you focus on certain areas of the track team in the beginning, or are you working to recruit and coach a full team come next winter and spring?

TM: We are working on being a well-rounded team covering all events, with an emphasis on being strong in the 4x100, 4x400, and 4x800m relays.

What is your background in running/coaching?

TM: Growing up I experienced some really great coaches which was my motivation for choosing to major in Exercise Science and minor in Coaching.  Post-collegiately, I signed a seven-year Nike contract and spent my time training with the Oregon Track Club Elite, where I sharpened my skills as an athlete under Coach Mark Rowland and strength coach Jimmy Radcliffe.  I've always had the mindset of getting into coaching, but put that to the side as I chased my goals of becoming an Olympian.  I fell short of those goals, but am very proud of my career, as I've established my 800 PB to 1:44.34, and my mile to 3:57.3, holding the top spot as the fastest Iowan in those events.  I've always seen myself as a leader as an athlete, but now look to turn those skills into a coaching stance.  I coached one athlete in Oregon and helped him achieve his goal of running sub-2 in the 800. He ran 1:56 and is now competing collegiately at Lane CC. 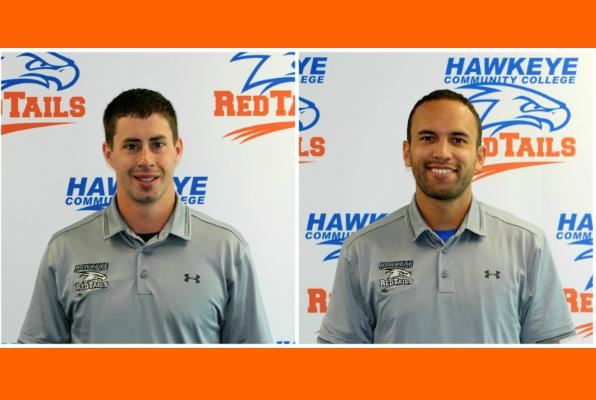 TM: I believe in setting goals and breaking them down in ways to achieve them.  There are many small victories that athletes achieve on their way to their ultimate goal that deserve praise as well.  As a small town Iowa athlete, I believe in hard work and that if you stay focused and fully commit yourself that you will see great improvements!  There are many types of athletes, and it's about personal improvement on and off the track, continuously growing as a person.  I hope to give the student-athlete the tools to grow and mature as both an athlete and a person.


What made you interested in becoming a coach for Hawkeye Community College?

I saw it as a great opportunity to get into the coaching world, being a part of a brand new program is very rare.  I always wanted to move back to the Cedar Valley area, as my wife owns a hot yoga studio called Balance Hot Yoga in Cedar Falls, IA.  It was just a blessing that as I was transitioning from athlete to coach that I saw Hawkeye had a coaching position opening up. Micah [Ruroden] had just been selected as the Head Coach and he brought me in to help start this program.  Being a part of a new program, you get to put your own spin on training, plus you get to establish new traditions.  I look forward to having athletes on campus and mentoring them through their journeys in college and beyond.

What have you been focusing on in preparation for the inaugural year for the RedTail Track/XC team?

TM: Our main focus is building our roster, getting the word out that we have athletics, and establishing ourselves well in both the ICCAC and NJCAA.  It's still in the works, but we hope to be extremely competitive with any school that we run against, from NAIA schools to NCAA DI schools.

What are you looking for in recruits?

TM: I look for kids who want to continue competing and that can be simply running for two more years, or athletes that are looking to move onto another four-year college.  As a first year coach, recruiting has been fun; I really enjoy when kids are responsive and ask questions because it shows that they are invested in their future!

What do you want recruits to know about you and Hawkeye Community College?

TM: That we are looking to be competitive right away, that their goals become my goals.  Wherever they are at in life, I will help them get to where they want to be.  We are a small college, but offer a great opportunity to continue their running careers and work with some of the best coaches in Iowa.  Also being a part of a first year program is rare and very special because you will forever be remembered as Hawkeye College's first ever XC and Track & Field team.

What do you think is most appealing to recruits about Hawkeye College?

TM: The most appealing is the cost of our college, as it is very affordable.  We also offer a number of scholarships that students can apply for on top of athletic scholarships.  We are very close to UNI, so if a student wants, they can choose to live in the UNI dorms while attending Hawkeye, or they can live in the Hawkeye Towers right across from campus, amongst many other locations. Another appealing thing about Hawkeye is our Nursing, EMT, Dental Hygiene and other programs that we offer, so athletes that normally didn't have the opportunity to pursue both now can!

How should potential recruits who are interested in becoming a RedTail learn more about the school and program?

TM: The best way to learn more about the program is to come for a visit and let the coaches know you will be visiting.  Take time to talk with us directly and we will give the athletes the rundown of everything that is going on and happening at Hawkeye.  Another thing that I tell any athlete is that most colleges or universities (Hawkeye included) have a "recruit me" form to fill out on their website.  I always try to get back to the athlete as soon as possible, and it shows the coaches that the athlete is interested.


What are your hopes for the inaugural year of the Redtail Track/XC team?

TM: We are going to have a big team so we will have a group of athletes that are looking to qualify for Nationals, and we are going to have a group of athletes who just want to compete and get better, so we look to create a fun environment that will allow us to do both of those things.  As I am big in setting goals, I personally have the goal of getting athletes qualified to Nationals and getting them to achieve All-American status, maybe even National Champions.  We want to be strong as a whole team, so we want to make our presence known in the ICCAC.  Another side goal is making our presence known at the Drake Relays, as it is the premier event for the state of Iowa and a great way to show off our athletes to the state of Iowa.

If you are interested in becoming a RedTail, visit http://www.redtailathletics.com. If you would like to set up a visit, you can also email Coach Mulder at tyler.mulder@hawkeyecollege.edu.