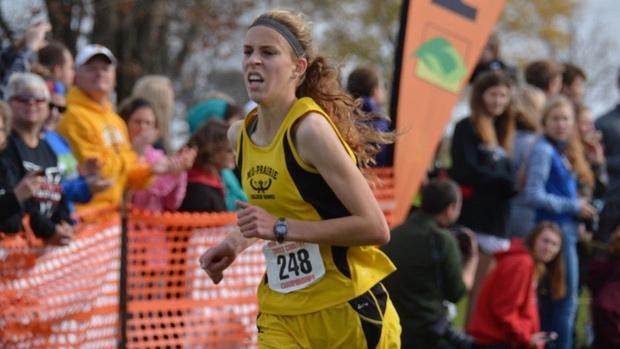 Anna Hostetler will tell you there was never any surprise when she turned her shoulder.

Of course, she would say, the expectation was always what she envisioned: seeing her younger sister Marie finish in second place during the fall cross country season -- in every single race.

"We trained super hard all season," said Anna, who earned her first XC state championship by running 17:57.70. "So yes, I kind of expected it. I'm speaking for the both of us, too. I guess we want to give the glory to God."

What can the Hostetler girls do for an encore? They'll start with the Iowa State High School Indoor Classic on Monday at Iowa State University in Ames.

"I don't know how high their ceiling is this year," said Chris Tyler, who coaches both sisters, "but they're seemingly in much better shape than they were last year."

Anna, a junior, and Marie, a freshman, will both toe the line in the 1500m and 3000m races at the 300m Iowa State indoor track. The competition will mark the sisters first effort on an indoor surface.

It will be their first appearance at Iowa State, too.

"We did some time trials in the 800 three to four weeks ago," Tyler said. "We dropped some good 800 splits and we used one of those online calculators to predict what their goals are, but I honestly don't have a number for them and I don't want to give a time where I want them to be in the 3000m."

Of course, it's always great form to aim high and finish somewhere beneath expectations. Tyler knows Anna is following a solid outdoor track season in 2016, where she ran a PB of 4:38.96 in the 1500m, which resulted in her first state championship.

But it's hard to think Anna will do any less at Iowa State, where the 300m surface will likely make for solid times in a controlled environment. Tyler knows Anna, who finished 19th at the Foot Locker Midwest Regional in Wisconsin -- missing nationals by nine places -- is motivated by higher expectations.

She finished her cross country season by running sub-18 four out of her last five outings.

But perhaps Marie had something to do with that, too. 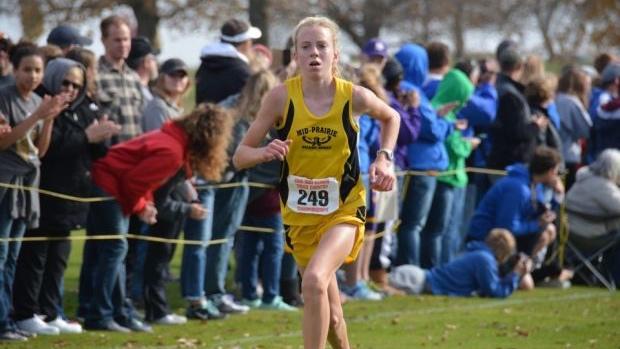 "I wouldn't have wanted to do that with anyone else," Anna said. "We're best friends, and it was a dream season."

Marie may have provided the right incentive for her big sister. Because the emerging freshman never finished less than second in any race over the fall. Like her sister, she improved as the season went on, scoring her first 5K under 18 minutes at the Class 2A District meet in Pella.

Tyler thinks Marie is running much like someone else.

"Marie is very similar to where Hanna was last year," he said. "I don't like to have an extra pressure on them in these early meets, so we work with what we know and base our goals on the time trial."

"I mean, they're pretty competitive," Tyler said of the sisters. "As soon as that gun goes off -- not that they're enemies -- they're going to run their races."

The only question remaining will be whether they can replicate the kind of unbridled success they had in cross country.

To connect with Milesplit Content Producer Cory Mull, follow him on Twitter @bycorymull. Have a story idea? We're all about those. Email him at cory.mull@flosports.tv. To have access to year-round stats, breaking news, stories and videos, register for MileSplit Iowa here.