This year's state meet is certainly going to be an exciting set of competitions around the Blue Oval. Here are some of our top picks for events to watch at the 3A and 4A races! 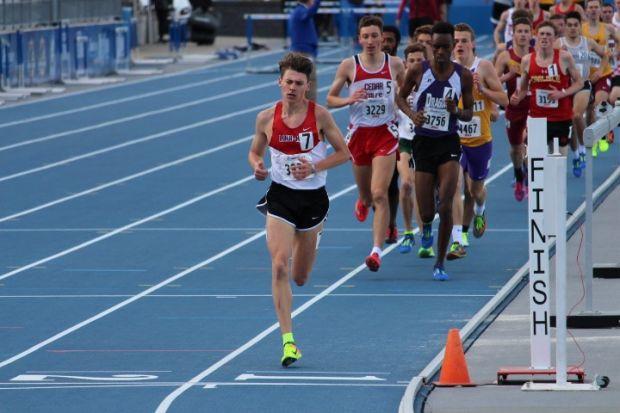 The 4A Boys 3200M Run is sure to be a nail-biter, with athletes like Cross Country Champion Patrick Bose, Drake Relays 3200 Champion Sam Schillinger, and Drake Relays 1600 Champion Ryan Murphy going head to head. Schillinger enters the race with the fastest seed time this season, 9:06.04, with Murphy and Bose ranked 2nd and 3rd with times of 9:11 and 9:16, respectively. These three have each signed letters of intent to NCAA Division I Schools - Bose to Iowa State, Schillinger and Murphy both to Arkansas. This will give all three of them another chance to compete in this event since the Drake Relays, where Schillinger won over Murphy, with Bose in 3rd. The race will follow the Boys 1A 3200 which begins Thursday morning at 10:10AM.

Another event with a strong match-up is the 4A Girls Discus Throw. Indianola's Anna Hoyman comes in with a large margin in the rankings, being first with a 151-1. University of South Dakota commit Leah Dusterhoft is currently ranked 2nd with a 134-8. This is the first time this season that the two will compete head-to-head. Many people were surprised when Hoyman did not compete at the Drake Relays, where Dusterhoft was the Girls Discus Champion.  It will no doubt be an exciting competition between the two seniors to finish up their final high school season. The Girls Discus Throw will begin at 9:00AM on Thursday. Check out an interview with Leah Dusterhoft after her Drake Relays win here-> Leah Dusterhoft Earns First Historical Drake Relays Win

One event that gained a lot of traction at the Drake Relays was the Girls Shuttle Hurdle Relay after the Waukee team broke the meet record in prelims, then broke it once again just a few hours later in the finals. The most impressive part of their record is that they ran it in less than ideal conditions of cold rain and gusty winds. The relay team enters the State meet with an excellent time of 1:00.95 ahead of Iowa City West's 1:02.54. Though ICW has been recognized as a very strong team with the presence of Valerie Welch, the Waukee team has gotten stronger and stronger each week of the season. Many fans wonder if the Warriors can break the 1:00 mark at the state meet, or if the Trojans can come in and take the win. The 4A Girls Shuttle Hurdle Relay prelims will run on Thursday at 9AM after the 1A teams compete, while the finals are on Saturday at 11:50AM. 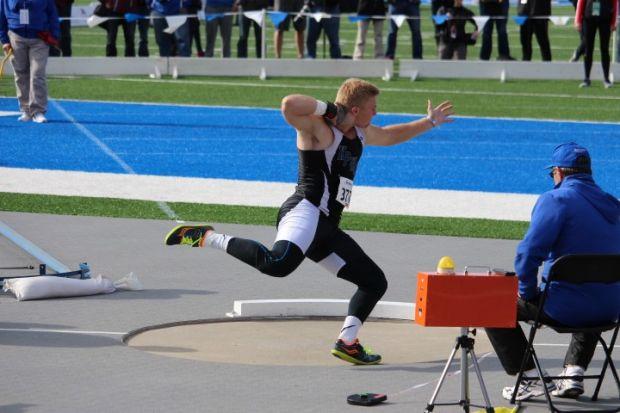 Nick Phelps of Kingsley Pierson-Woodbury Central enters the meet as the reigning champion of both the 2A Boys Discus and 2A Boys Shotput. Phelps had his highest Drake Relays place in the Discus this year, finishing second behind 4A athlete Tristan Wirfs of Mount Vernon. Phelps, however, comes in with the farthest throw in the entire state after throwing 191-7 in early April. He enters the Shotput ranked 2nd with a throw of 64-8, with Jared Brinkman of Regina High School coming in ranked 1st. Brinkman threw an excellent 65-2.5 at the Drake Relays, where he placed 2nd in front of Phelps (4th).
Wirfs is the focus of the 4A throws after being the first athlete in 25 years to win both at the Drake Relays. He enters the meet ranked first for the 4A athletes in each event, and will look to be the champion in both before heading to the University of Iowa to play football. The 2A Boys Shotput begins on Thursday at 4:30PM, while the Discus begins on Friday at 4:30PM. The 4A Boys Discus will begin on Thursday at 11:30AM and the Shotput will be Friday at 11:30AM.

Joy Ripslinger will make her final appearance at the Blue Oval after various Drake Relays and State Championships. Beyond the relay events, Ripslinger will compete in the 400M, 800M, 1500M, and 3000M individually. After being named an All-American in the 800 at New Balance Nationals Indoor and signing with the University of Arkansas, Ripslinger has had a stellar outdoor track season. Ripslinger won both the 800 and 1500 at the Drake Relays last month, both of which by hefty margins, even against athletes from the other classes. At the 2016 State Meet, Ripslinger was the champion in the 800 and 1500, while she placed 4th in the 400 and 2nd in the 3000, respectively. This will be her fourth year competing at the State Championships, and these races will certainly present the opportunity to go out with a bang before becoming a Razorback. She will enter with lifetime PR's of 56.20 in the 400, 2:07.51 in the 800, 4:31 in the 1500, and 10:10 in the 3000. Ellie Friesen will give Ripslinger a run for her money in the 1500 coming in with a PR of 4:36, and 10:08 in the 3000.
Watch Joy compete in the 1500 earlier this season here-> WATCH Joy Ripslinger Set 1500 Meet Record At Dubuque High School Classic In 4:35! 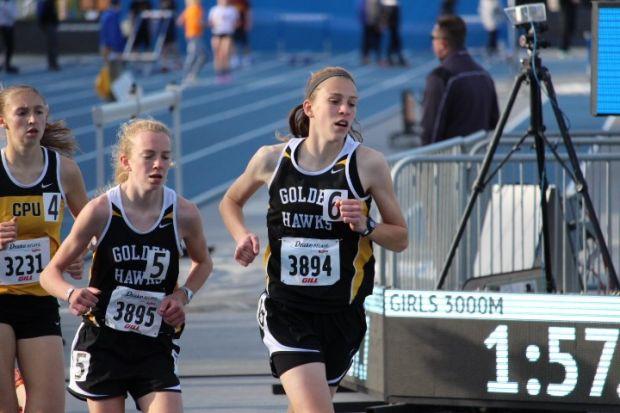 Finally, the Hostetler sisters of Mid-Prairie will once again take the track looking to finish 1 and 2. They are both entered in the 800M, 1500M, and 3000M. The sisters finished first and second at the 2A Iowa State High School Cross Country Championships, as well as the 3000M at the Drake Relays, where Anna led from the get-go and Marie followed closely behind. This will be freshman Marie's first appearance at the State Championships, where she will look to finish in the top two in each event. Anna enters the 3000 with the fastest time in the entire state (9:51), while Marie enters as second (9:56). They also enter the 1500 with the fastest 2A times - 4:34 and 4:43 respectively.

Want live updates during the meet? Check out our Twitter @MileSplitIA and stay tuned for other articles, photos, videos, and more!