The Pleasant Valley Girls Cross Country team has been a strong force in Iowa for many years now. The Spartans have excelled during the Championship season with 37 Mississippi Athletic Conference wins and many top-3 State finishes over the past decade, most recently lead by 2-time XC State Champion McKenzie Yanek. With Yanek's departure to the University of Alabama, we chatted with Coach Jane Wheeler to see how the team is shaping up this year as we enter the Championship racing season. Check out the full interview below. 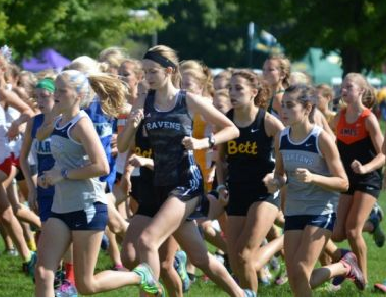 The PVGXC team placed 2nd last year at the Iowa State Cross Country Championships, and have placed in the top 5 nearly every year for the past decade. What has been your goal for the team this year? Has that changed as the season has unfolded?
Our basic goal is to simply improve throughout the season and see how far we can get with hard work and dedication.  We have been fortunate to place well at state in the recent history so our team has a tradition of vying for a state trophy (top 3) so that is always a goal.  We have had some ups and downs this year, but the goal remains the same as our girls are very trusting in the process and believe they will peak at the right time as they have in the past.

The Lady Spartans have been consistently ranked in the top 5 on the Heartland Soles rankings and the top 10 of the IATC rankings this year. How has the team responded to that pressure?
Our team is very young with mostly sophomores and only 1 senior in the varsity.  Despite this youth and the high rankings, they seem to handle the pressure well.  The girls are very trusting in our training and our team philosophy so that helps.  They have seen the recent success of their teammates and alumni, so that helps as well.  They are a tight group so they rely on each other and just really enjoying having fun while working to be the best competitors they can be.


Lady Spartan McKenzie Yanek was a 3-time State Champion, including at 2015's State meet. How has her departure to the University of Alabama changed the team dynamics this year?
As I mentioned, we have only one senior on varsity and we had several senior leaders (including McKenzie) last year so we do miss their presence.  The young ones learned a lot from them, though, and are continuing the traditions of the team.  Not having an almost guaranteed 1st place from McKenzie like we did the last few years certainly changes the team score, but it is cool because now our pack realizes even more of a difference that they can make to help the team do well.  We just miss McKenzie (because) she was such a nice gal!


Who has stepped up this season to help create the strong team we have seen so far?
Abby Riley, sophomore, has been quite the team leader despite her youth.  She was an up and coming 5th runner for us last year and has developed into a very solid number 4 for us due to a great summer of training.  Even more importantly, she is very trusting in the coaching and encourages her teammates to believe they can do more than they thought they could.  Chloe Greig has been our surprise number 5 runner who is certainly the most improved athlete from last year.  She went from a midpack FS runner to a solid number 5 for us this year and she has provided the difference between making us a trophy contending team to just a state qualifying level of team. 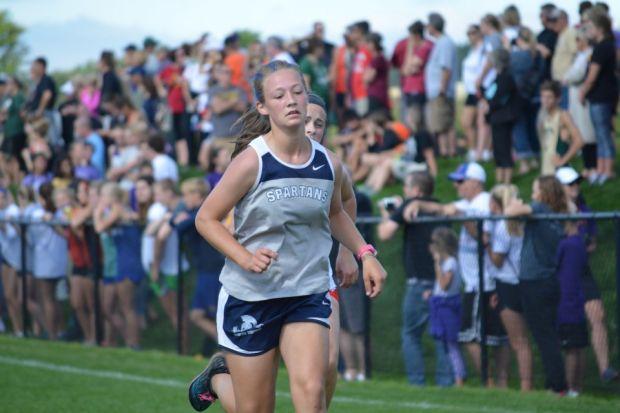 Your team motto is "Keep the blue line running." What does that mean and how was it created?
We kind of "borrowed" that term from Joe Newton's York teams that called themselves The Long Green Line.  It basically means that every member of our team (from our #1 to our #72) is important to the team and, even the alumni from the past and the future teammates to come, are part of the great tradition we have been fortunate to build at PV.

Explain the benefits you've seen in providing the girls with a lot of great information on health, nutrition, and inspirational quotes on the team website (PVGXC Website).
My assistant coach, Josh Hoffman, does a great job of maintaining our team website and finds some great resources to share with the girls there.  We believe in 3D coaching not only to the body, but also to the mind and heart so our website is one of the places we can share that kind of info.  This helps our girls understand that we care about them not only as runners but as people which often leads them to being more dedicated to the team and benefiting in numerous ways from being part of the team.

What did the team's training look like over the summer and how has that changed throughout the season? Is there anything specific that you think has led the team to so much success?
We follow Dr. Jack Daniels running formula four phases of training.  We progress from mainly base aerobic building in the summer to tempo and reps early season to more race specific work during the heart of the season and close with a gradual taper and sharpening phase.  There is a lot of science in this program and it helps us individualize to each kids' needs so it has worked really well for us over the years.  The girls trust in it too so that makes a big difference.

Have you had any setbacks or tough injuries so far this season? If so, how have you combated them to keep the team strong?
Our biggest setbacks have been some mental hurdles involving building confidence through some ups and downs in racing performance.  Fortunately, just as we enter championship season, the girls are starting believe and perform like we knew they were capable of.
Is there anything else you would like for us and others to know about you and the team?
I just feel very blessed to be involved in such a great sport as cross country and to be able to have coached many individuals of quality character over my years of coaching.

The 37-time MAC Champions will look to add another win to their resume when they take the course next in Burlington at the 2016 MAC Championship meet on Thursday, 10/13.