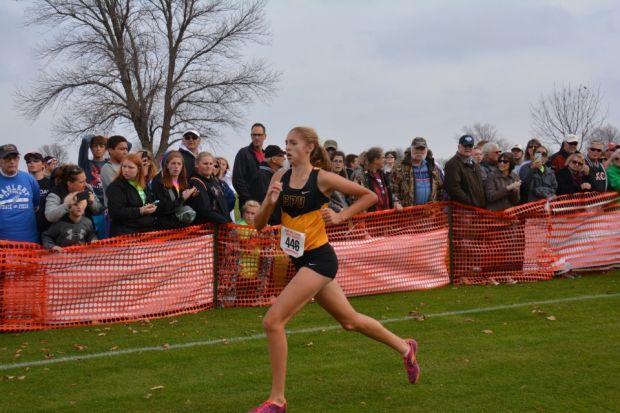 In the 3A Girls' race, Adrianna Katcher of Center Point-Urbana took the win with a 13-second victory over runner-up McKayla Cole of Charles City, running 18:27 and 18:40, respectively. Katcher developed a strong lead from the early portions of the race, slowly building the gap and earning a comfortable victory. The battle for third place, however, was certainly an exciting finish between two Assumption athletes. Julia Schumacher and Joy Ripslinger of Assumption worked together throughout the race in a chase-pack with Cole, until the final stretch of the race. Schumacher and Ripslinger battled hard down the finish, but it was Schumacher who took the 3rd place victory by just one-tenth of a second! 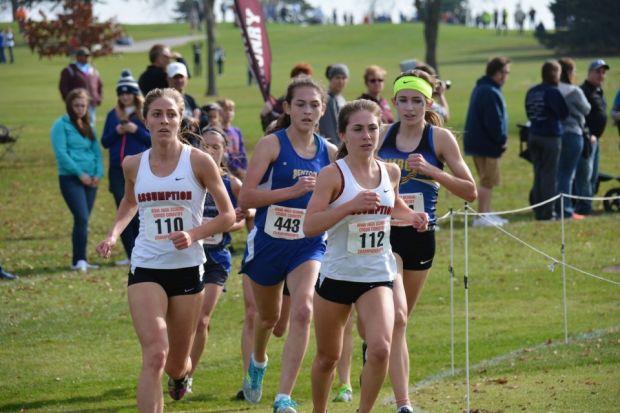 The race for the team victory proved to be very competitive with only 4 points separating the 1st and 2nd place teams, Decorah and Pella, respectively. Throughout the 2016 season, Decorah has often been ranked in the top 3 on the Heartland Soles and IATC rankings, but finished the season with an outstanding win on Saturday. With individuals placing 7th (Berlage), 19th (Nimrod), 35th (Galligan), 45th (Betts), and 54th (Hafner), the Decorah girls accomplished a 1:25 split between 1-5 and an average of 20:00 over the 5K course in Fort Dodge. Led by senior Josephine Berlage, who improved on her 9th place finish from 2015, the Vikings 5th place finisher, Allie Hafner made up the 4-point difference that led Decorah to the victory over Pella. Finishing with 106 points, Pella finished their top 5 in 13th (Roorda), 22nd (Blommers), 24th (Buccheit), 46th (Kruse), and 67th (McMartin). The Pella Dutch sported new uniforms at the championship race, inspiring a 1:18 split and average of 20:04 as a team for 5k. 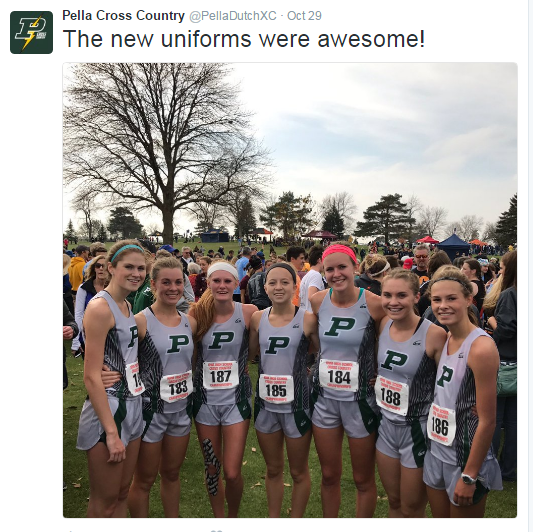 Finishing 29 points ahead of third-place finisher Charles City High School, Pella was a surprise podium finisher after generally being ranked around 5th-7th throughout the season. Senior Tess Roorda, who ran a season-best and all-time 5K PR in Fort Dodge of 19:29 is one of four graduating seniors from the top-seven finishers for the Pella Dutch. Third-place team, Charles City was headed by McKayla Cole with 135 pionts and a team average of 20:09.

You can view the complete results from the 3A Girls race here - 3A Girls. 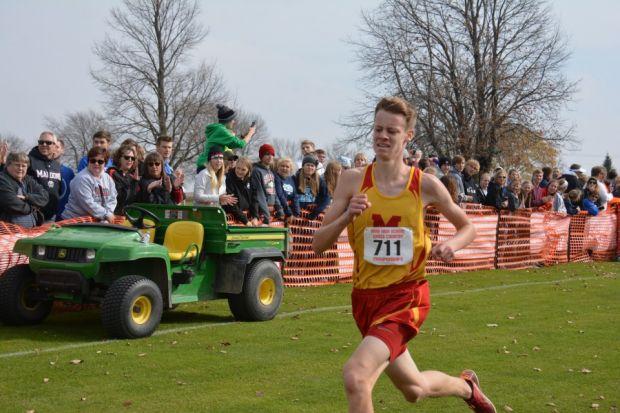 On the boys' side, Marion shone bright in the front with the top two individual finishers, State Champion Jeremy Fopma (16:02) and teammate Miles Bach (16:14). Both Fopma and Bach ran within a pack through the first half, until Fopma took over the lead and began pulling away from the chase-pack, finishing with a 12-second lead. Bach was able to hold off Miles Scott of Sergeant Bluff-Luton at the finish with just 1.5 seconds separating the two. Grinnell's Thomas Clower snagged the fourth spot. Behind Clower was the race for 5th place, where Dylan Cavenaugh of Storm Lake fought off Davis Flogel of Dubuque Wahlert with a 0.3 second victory. 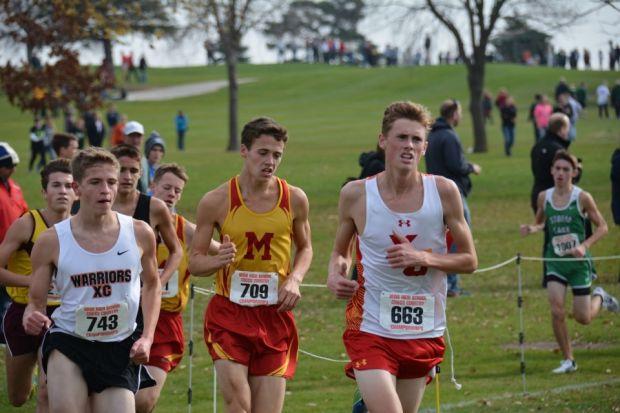 Mount Vernon claimed the team title with 86 points, finishing with a strong 26-place split between 8th (Krob), 18th (Herring), 20th (McLaughlin), 25th (Conroy), and 34th (Krogmann). The Mustangs accomplished a 34-second split between 1-5, with a team average of 16:51. In another great battle for the team win, Grinnell High School was the runner-up, just two points behind with a score of 88. Mount Vernon and Grinnell have consistently fought for the top 2 spots in rankings throughout the season from Heartland Soles and IATC. Led by Clower's 4th place finish, the rest of the Grinnell Pioneers claimed the 13th (O'Halloran), 14th (Chamberland), 35th (Roberts), and 47th places (Steffen), with a team average time slightly faster than Mount Vernon's, at 16:48. Achieving the last podium spot was Dallas Center-Grimes with 142 points. The Mustang team was headed by junior Alex Thompson with a 12th place finish.

You can view the complete results of the 3A Boys race here - 3A Boys.