Chris Ewoldsen of Indianola High School considers himself to be an underdog, which he says he is absolutely content with as he approaches his collegiate career as a Viking. Check out an interview with Chris about his decision and his passion for running below! 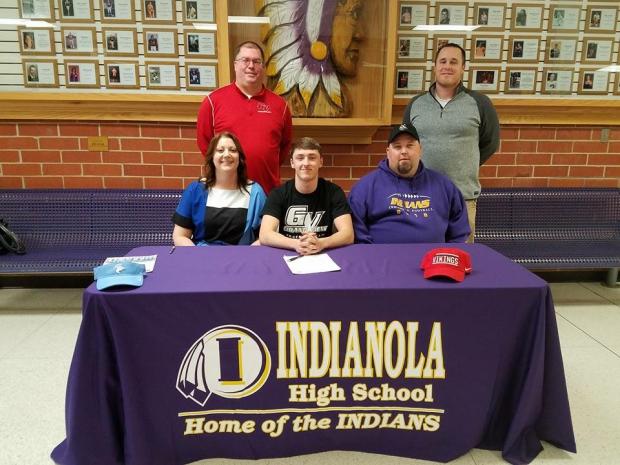 How did you begin running?

I loved to run around as a little kid. I'd just chase things and play like every other kid would. I guess I just realized one day in about 8th grade that I was pretty good at it and I should try out for track. Turned out to be a good decision.

What is your favorite distance to race?

I absolutely love the indoor 60. The shorter the better for me. I admire track athletes such as Ronnie Baker and Asafa Powell and the raw power and explosiveness needed to be good in it. 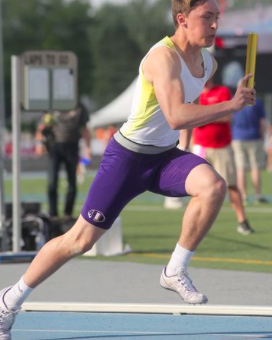 How do you prepare for races?

I like to get as focused as possible. I listen to a lot of music and I normally stretch and warm up by myself to help myself be in the zone once the gun goes off. I use a lot of the same superstitions and traditions that I would during football.

What are you hoping to accomplish in the upcoming track season?

My ultimate goal is to be running in the state finals in at least one event. Just making it into the finals in an open would mean so much to me. Indianola hasn't had a sprinter qualify in an open in a number of years. A team conference championship would be amazing as well. Improving times is always the goal but taking home some hardware is also pretty great.

How have your teammates and coaches helped prepare you for collegiate athletics?

My coaches have always held me at a really high standard because they knew of my potential way before I did. They've asked a lot of me and I can't thank them enough for that. My teammates are also the greatest. Always pushing each other every practice to see who can beat one another. I would honestly say that my team is more of a family than a team.

How did you make the decision to attend Grand View for college and join their track team?

I felt that I could get a great education as well as being able to help the team early in my career. I also feel that Des Moines is a great city to achieve my major in. The Grand View coaching staff was great as well, they helped me through the process and allowed me to visit other schools without pressuring me which definitely influenced my decision.

What are you most looking forward to about attending Grand View?

I'm very excited to be so close to home and to be in the great city of Des Moines. It's nice being in an area that I already know so well.

What are your goals for your collegiate career?
To improve on my times every year become an overall better runner.