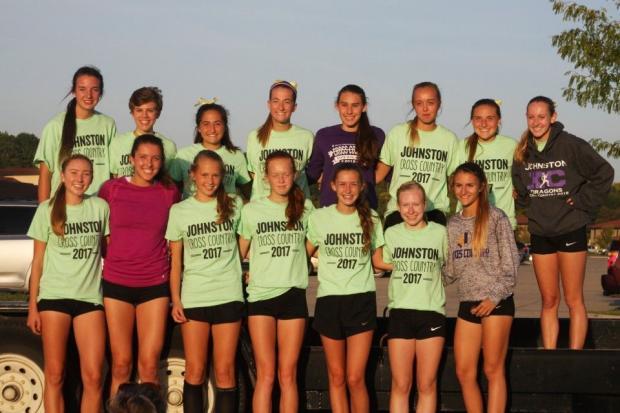 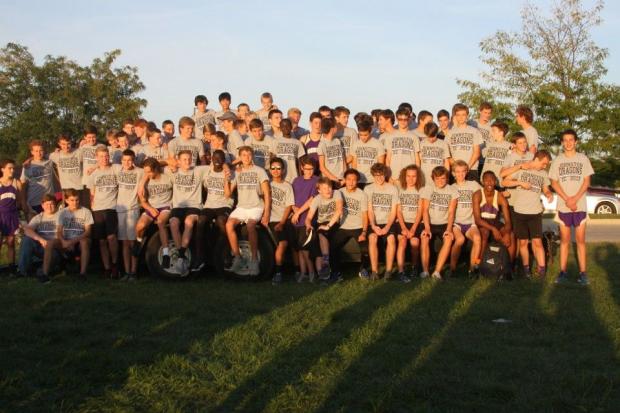 While big things were happening at the Cedar Rapids Invite on the other side of the state, the Johnston Girls and Boys teams hosted a smaller meet right in their back yard at Camp Dodge - National Guard Iowa. This comes as a lower-key meet after the Spartan Invitational last weekend, where the teams competed against strong out-of-state competitors like Naperville North and Edina.

Jessica McKee was out front from the gun at Camp Dodge to take the early lead. Though she was by herself for most of the race, McKee fought hard to break the 19-minute mark for the first time this season, finishing with an 18:57 - a full 20 seconds ahead of the next finisher, Grace Berg of Indianola. The rest of the team had a great strategy of pack-running, finishing in 3rd (B. Mckee), 4th (Toot), 5th (Heikes), 6th (Urban), 8th (Swaim), 9th (Srail), 10th (Batkiewicz), and 11th (Laughlin), with just a 46-second split between the team's 3rd and 9th runners. The Dragons finished with a team score of just 19 points, followed by Indianola with 43. The other teams competing mostly came from Des Moines Public Schools - Hoover (84), Abraham Lincoln (125), North (151), and East (152). The Dragons also swept the JV race, taking the first 12 spots.

In similar fashion, the boys team had the individual winner in Luke Perman (16:26), and a pack of athletes finishing in 3rd (Altier), 5th (Schaefer), 7th (Yual), 8th (Schmitz), 9th (Koopal), and 10th (Le), with a split of just 32-seconds between Perman and Le. This was Perman's first individual XC win and nearly a 10-second PR for the junior. The Dragons' depth went far beyond the Varsity race when they took 14 of the top 15 places in the JV race as well. The team, which is known for large numbers of nearly 100 athletes, has made a lot of progress this year after losing State Champ Patrick Bose, with many of their younger athletes stepping up and making fitness jumps this past summer. They took the team win over Dallas Center-Grimes with 24 points versus 56. Other teams that competed were Indianola (76), Lincoln (110), East (141), Hoover (166), and North (204). First-year athlete Andrew Klein of Abraham Lincoln certainly caught the attention of many by running over a minute faster than his previous race, finishing in 2nd with a 16:29 for his second 5K recorded. Jacob Waymire of DCG also made an impressive fitness jump, finishing in 4th with a 16:35, nearly a minute faster than his previous season best and nearly 20 seconds faster than his lifetime PR.

Though the races were smaller and less competitive than other meets from the evening, like the Cedar Rapids Invite and Bobcat XC Invitational in Marshalltown, it was certainly a good follow-up for both teams after the Spartan Invitational in Pleasant Valley.

Check out the photo gallery from the meet here!