Need we say more?? The Iowa State commit was nothing but smiles after each race after breaking multiple of Natasha Kaiser-Brown's records from the 1980's.

Linn-Mar's Payton Wensel had an exceptional weekend with two records of her own. She started with an individual State record in the 400 meter hurdles clocking a 1:00.15. She also was a huge contributor in her team's Sprint Medley Relay running as the anchor to achieve an All-Time Best in the event- 1:43.64. It was a great weekend for the University of Iowa commit from Marion.
Abraham Lincoln's Darby Thomas tied the State Meet record in the long jump, measuring 19-5. She was also the runner-up in the 100 meter dash, 200 meter dash, and placed 3rd in the 400. 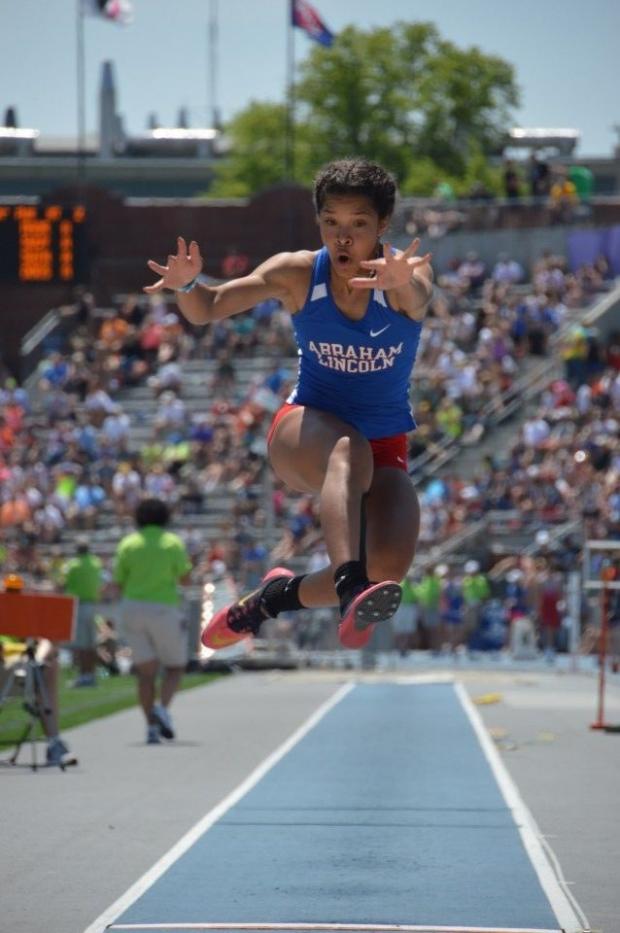 Rylan Santi repeated her double W's in the 100 meter and 200 meter dashes in the girls 1A competition.
The Hostetler sisters had another exceptional weekend, earning multiple State titles and runner-up finishes. Together with 2 other teammates they took the 2A title in the 4x800 meter relay. Then Anna repeated as the State Champion in the 1500 and 800 meter runs, while her younger sister Marie won the 3000. During the cross country season Anna struggled through health setbacks, but didn't let that hold her back this season. She will be attending the University of Iowa next year to continue her athletic career.
After years of finishing just behind Assumption's powerhouse Joy Ripslinger, Ellie Friesen had her moment for her senior season. The Crestwood senior brought home wins in the 800, 1500, 3000, and was the anchor for the winning Distance-Medley Relay. She will be competing for South Dakota State University for her collegiate career.
Pella got to bring home their first ever IGHSAU Track & Field Title when Emily Vos won the 3A girls 200 meter dash running a time of 24.68.
Grace Martensen and Elizabeth Masten of Benton both brought home individual and relay titles. With two other teammates, they brought home the win in the 3A Shuttle Hurdle Relay. Martensen also won the 100 meter hurdles while Masten won the 100 meter dash.
Janette Schraft of East Mills brought home three individual 1A State Titles, winning the 400 meter hurdles, then coming back the next day to win the 800 and 1500 meter runs.