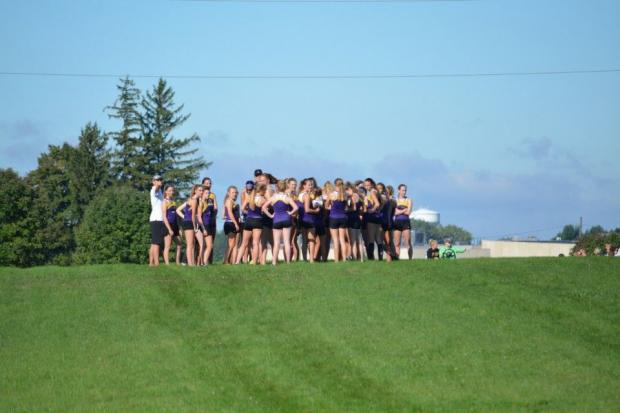 In 2A, the Mid-Prairie girls took the team title and finished 1 and 2 in the individual race by Marie and Anna Hostetler. This accomplish was recognized with Mark Hostetler being named the Coach of the Year. This isn't Hostetler's first honor, however, as he was named the Boys 2A Coach of the Year in 2016. This year on the boys' side Curt and Lori Fiedler of George-Little Rock/Central Lyon took home the award. They coached the winning team in the 2A division, as well as the individual Champion Gable Sieperda, who recently committed to Iowa State.

The team champs in the 3A girls race was Dubuque Wahlert, leading their coach to the award. This coach of the year award is the first for Cynthia Wagner. On the boys side, coach Aaron Thomas took home the award after coaching the Gilbert Tigers to the team title. Coach Thomas was the 2014 coach of the year as well, making this another one to add to his impressive repertoire.

Coach Pat Hennes won his 3rd coach of the year award in the last 4 years after leading the Johnston Dragons to 3 team titles in the last 4 years. The team is also one of the best in Iowa history, with an individual win this year by sophomore Paige Horner and two others in the top 5. On the boys side Erik Belby took him his first coach of the year honor. Belby is the coach of Pleasant Valley High School, who took home the team title in the boys 4A race. Coach Belby's assistant coach Nick Sacco was also named the boys' assistant coach of the year. The girls' Assistant Coach of the Year was Sarah Nowack who coaches at Decorah High School.

On the middle school level, T.J. Craig of North Central Junior High and Abby Bock of Mt. Vernon-Lisbon were the State Coach of the year. Congrats to all these coaches for their accomplishments and thank you for your dedication to furthering the running culture in the state of Iowa.